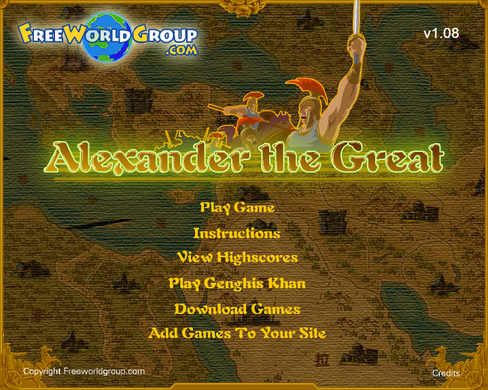 In this game, the player  battles as Alexander the Great. You are taken through a series of missions where you must arrange your soldiers in certain positions with various weapons and fighting styles. The game continues until you have conquered all the land that Alexander the Great covered in his time!


To play: You play the game by first picking a level of difficulty. Then you pick a mission and a place. Afterwards, you're shown your battle field and where your enemies are placed. You pick what kind of soldiers, archers, etc. and where you want them, then pick your tactic for fighting. For  more clarification, go to the instructions portion of the game.